Senior Citizen Killed In Accident With City Bus In Bhubaneswar 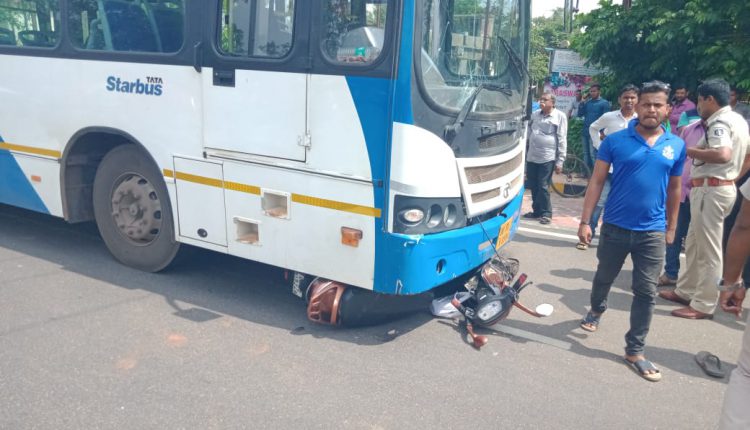 Bhubaneswar: An elderly man was killed in a road mishap after a city bus hit his two-wheeler near Red Cross Square in Bhubaneswar in the state capital today.

The victim has been identified as Babaji Sethi (70). Eyewitnesses said that the mishap took place when Seth, riding his scooty when the city bus travelling from Shastrinagar hit him near Red Cross Square.

Sethi with multiple injuries was immediately rushed to the nearest private hospital. However, he succumbed to his injuries while undergoing treatment. Vehicular movement on the road was disrupted after the accident.

Later Kharvel Nagar police reached the spot and cleared the traffic. Police have also arrested the driver of the city bus.