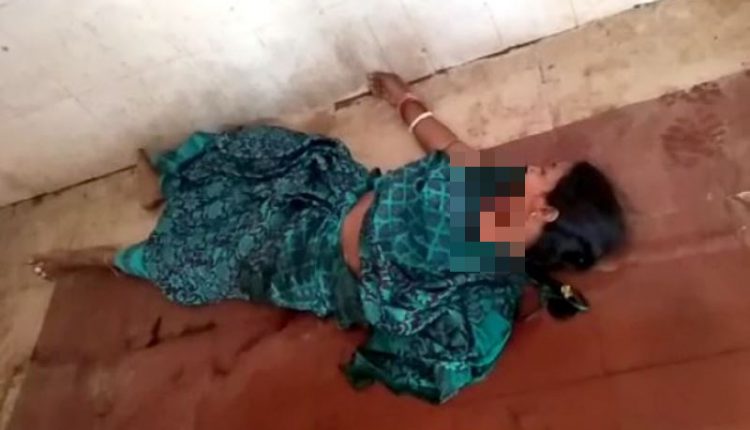 Bhadrak: A man gunned down his wife over family feud in Dahani Gadia area under Bhadrak Town police limits here on Tuesday.

The deceased woman has been identified as Annapurna Puhana. The accused husband is Gautam Puhana, a resident of Arjunpur under Dhusuri Police Station and a private security guard by profession.

Gautam, who worked at one local industrialist Ajay Agarwal’s house and lived on rent at Dahani Gadia Square, indulged in a verbal duel with his wife Annapurna over some issue in the morning. As the argument escalated further, Gautam took out his service rifle and in a fit of rage fired one round of bullet targeting his wife.

Shot near her neck the victim turned critical on the spot and was rushed to the Bhadrak DHH by some neighbours. She died under treatment.

Bhadrak Town Police reached the spot and arrested the accused after seizing his rifle.

While an investigation is underway in the incident police said the accused security guard is suspected to be mentally unstable.