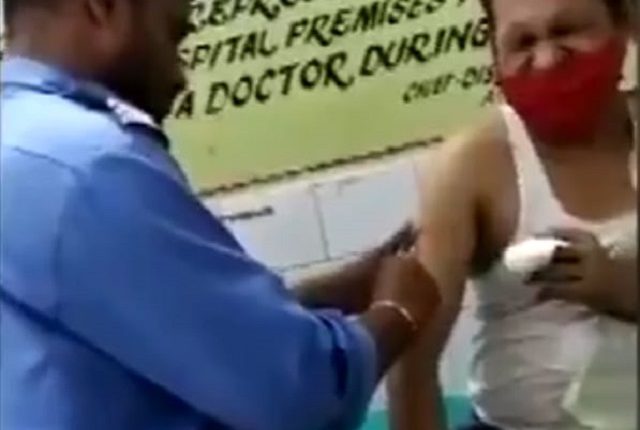 Angul: In a shocking incident, a security guard at a hospital allegedly administered injection to a patient in Angul district and video has gone viral on the social platform.

The footage showed a security guard administering an injection to a patient in distress despite the presence of doctors, paramedics at the District Headquarters Hospital (DHH) in Angul.

Asked for an explanation, medical ADMO Manas Ranjan Biswal said that the matter would be enquired into and action will be taken those who were involved in this.

The visual has raised eyebrows under what circumstances did the security guard administered the drug to a patient at the hospital and seeks explanation from the authorities of the hospital.

On Aug 29, Odisha government had issued a circular warning the administration of all major State-run healthcare facilities to take care so as not to engage any non-healthcare personnel in assisting the treating doctors or paramedics in the process of treatment.