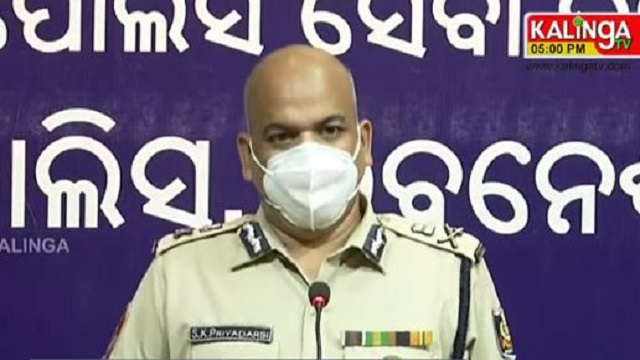 Bhubaneswar: Commissionerate Police in Bhubaneswar has made elaborate security arrangements for the FIH Odisha Hockey Men’s Junior World Cup Bhubaneswar 2021 that is slated to be held at the Kalinga Stadium from November 24 to December 5.

Police Commissioner Soumendra Priyadarshi said that five ASPs, eight DSPs, 26 Inspectors, 72 Officers, 30 Havildars and around 20 platoon of force have been deployed for the event. The police forces will be present at the gate, ground, and internal boundary of the Stadium with a major responsibility of keeping the players sheltered.

He also said that there had been no pressure on traffic arrangements as no audience will be allowed in the stadium for the Junior World Cup.

The RT-PCR test has been made mandatory for all the persons on duty.

“I believe that the event will be a success as Bhubaneswar Police has experience in providing security arrangements during the World Cup, Champions Trophy, and FIH Hockey Pro League,” added Priyadarshi.

Odisha Sports Minister Tusharkanti Behera said that there is indeed disappointment among the players and hockey lovers, as the event will not have any spectator owing to the Covid-19 pandemic. The FIH and Hockey India have ensured that the matches are broadcast live and hockey lovers can enjoy the matches on the Watch Hockey app and Star Sports network, he added.

The last Junior World Cup was held in Lucknow in 2016, when India colts had lifted the trophy after defeating Belgium in the final.