Scuffle over CAA continues on 2nd day in Sundergarh of Odisha Sundergarh: A scuffle that erupted yesterday during an anti CAA rally hosted by the District Congress Committee took a twist today. The two anti-groups pelted stones to each other at the Regent market here. Resultantly,  Police had to resort to mild lathi charge.

As per the report, the Sundergarh District Congress Committee had organized a rally protesting the CAA on Monday here. However, it was disrupted by a CAA supporting group. 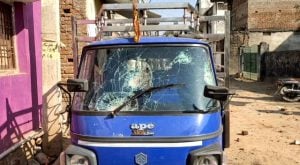 As a repercussion of the incident today members of the two opponent groups resorted to heated arguments which later turned ugly. Both the groups pelted stones to each other. As a result a youth was hurt and three vehicles got vandalized.

After getting a tip off, a police team constituting SP Soumya Mishra, SDPO and senior police officials reached the spot and tried to pacify the mob. However, as things turned ugly Police had to resort to mild lathi charge. 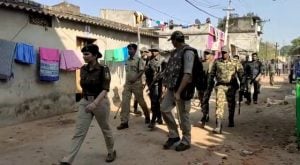 As the situation is yet to become normal, 5 platoons of police force and 3 platoons of OSAP jawans along with 4 Police Inspectors have been deployed.