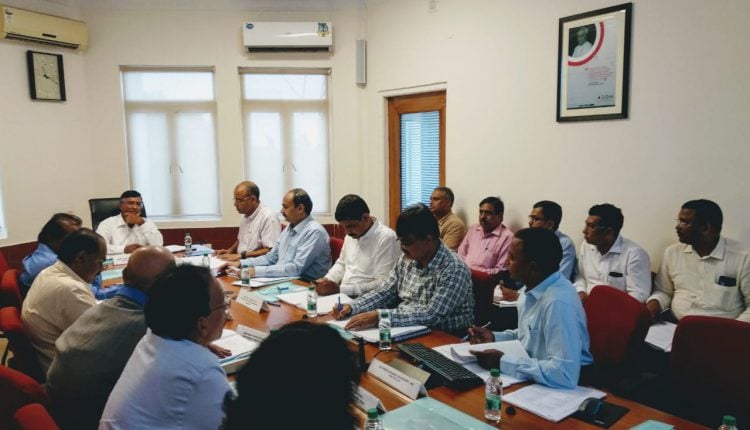 Bhubaneswar: The 13th Board of Directors meeting of Bhubaneswar Smart City Limited (BSCL) was held at the conference hall of Planning and Coordination Department in the State Secretariat today under the chairmanship of Development Commissioner-cum-Additional Chief Secretary Asit Kumar Tripathy, Chairman of BSCL.

The Board has approved induction of chartered accountant Siva Prasad Padhi and Sarat Kumar Acharya into the Board for three years as Independent Directors.

The Board discussed issues like audit, accounts and budget proposal for the company for the financial year 2019-20 amounting to Rs 495.50 crore. It can be mentioned here that during the 12th Board meeting on March 28 this year interim budget provision amounting to Rs 71.33 crore was considered and approved by the Board for expenditure during the first quarter (Q1) of the financial year 2019-’20 due to General Elections held during the month of April and May and the prevalence of Model Code of Conduct.

The Board also discussed organising an extra-ordinary Annual General Meeting of the shareholders of BSCL on August 17 at the State Secretariat. It also discussed the adoption of IndAS, suggested by IndAS Technical Facilitation Group (ITGF) of Institute of Chartered Accountants of India for better financial accounting standards. It will enable world-wide acceptability, authenticity and more reliable keeping of books of accounts for BSCL as a centre for better corporate governance.

Police Commissioner Satyajit Mohanty suggested better coordination and dissemination of captured data by the Bhubaneswar Operations Centre with city police so that better traffic governance could be in place across the city. Senior officials of BSCL were also present on the occasion.

Fisherman Goes Missing In Bay Of Bengal In Balasore