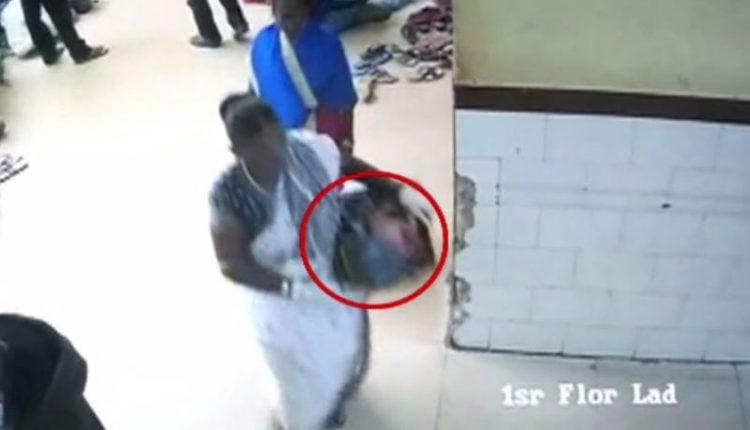 Cuttack: The SCB Medical College & Hospital authorities collected blood samples of a baby girl and its alleged parents as part of investigation into the child swapping case here on Saturday.

The hospital authorities collected the blood samples in the presence of Mangalabag police. Cuttack Sub-Divisional Judicial Magistrate Court had yesterday allowed to conduct the DNA test.

Arun Kumar Swain, IIC, Mangalabag police station said that blood samples were collected and it will be sent to the State Forensic Science Laboratory in Bhubaneswar for the DNA test to ascertain the parents of the baby.

Prahlad Mohapatra of Baxibazar of Cuttack had admitted his wife in the Gynaecology and Obstetrics department of the hospital. Prahlad’s wife gave birth to a baby on January 26. But neither the sex of the baby was disclosed to her nor was she allowed to see the baby. Two hours later, the hospital authorities informed the Mohapatra family that it had received a baby girl.

However, alleging child swapping, Prahlad Mohapatra had demanded for the DNA test. Later, he had filled an FIR with the Mangalabag police.