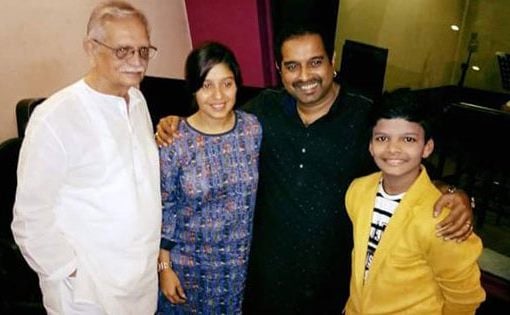 Legendary lyricist Gulzar was present while Jena and Chauhan recorded the song at Purple Haze Studio in Mumbai.

Satyajit had made a shocking exit from the reality show due to throat problem despite superb performance throughout. His father had announced during a show that the young singer’s voice had undergone a transformation and it put lot of pressure on his voice.

Jena’s song ‘Mile Ho Tum Humko’, which he sang during the audition, went viral and garnered 4.2 million votes on You Tube worldwide.

Eminent singer-cum-composer AR Rahman has also become a fan of Satyajit and has offered him internship for a week at his studio after hearing him in one of the episodes.