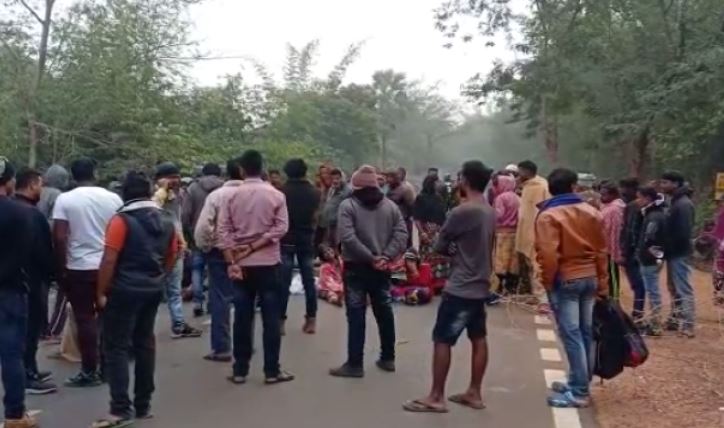 Baripada: Tension prevailed in Ramachandrapur village under Rasagovindpur police limits in Mayurbhanj district today morning after the body of a youth was found a bush and locals staged road blockade alleging sand mafia’s role in the murder.

The deceased has been identified as Mintu Tarai of the same locality.

Mintu’s death came to light this morning after some residents found his body from a bush located near a village road and called up police.

Multiple injury marks were found all over the body of the victim during the preliminary investigation by local police later.

Soon after the news of Mintu’s death spread in the village locals took to streets and Amarda-Chitrada road alleging the hand of hired goons of sand mafia in his murder. They demanded immediate arrest of the sand mafia with whom Mintu had a past enmity.

Rasagovindpur Additional Tehsildar Prabhat Mahapatra, who reached the spot later, faced the public anger as the agitating locals tried to attack heckle him.