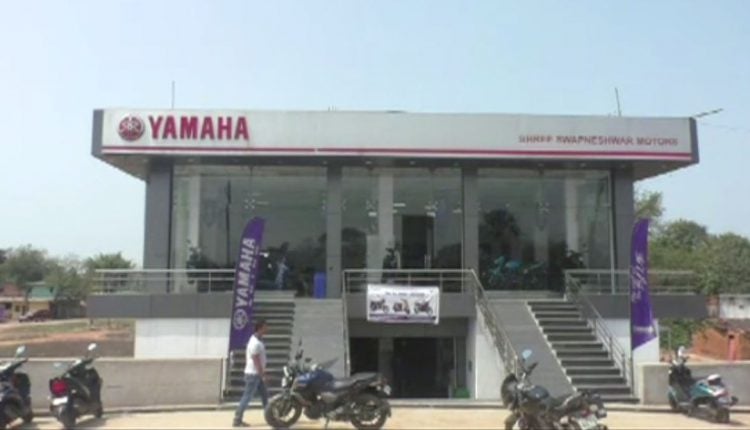 Sambalpur: Sambalpur RTO has slapped  Rs. 1 lakh fine to a bike showroom named Shree Swapneshwar Motors of Jharsuguda for selling bikes without registration. Shibasish Patel of Sambalpur had bought a bike from the said showroom which was found not supported with proper documentation during a check by the Transport officials in Sambalpur of Odisha.

The transport officials nabbed Patel near Laxmi Talkies square of Sambalpur when he was riding the said bike. In the checking it was found that the rider was lacking DL and he had also not worn a helmet . He was fined Rs. 5,000 for not having driving license and Rs. 1,000  for driving the bike without wearing helmet. A total of Rs. 1 lakh 6 thousand is imposed in the case.

On the other hand, the owner of the said Bike Showroom has claimed that the bike has been sold with proper documents.

Miscreants rip trader off Rs 76,500 through ‘magic pen’ in Bhubaneswar