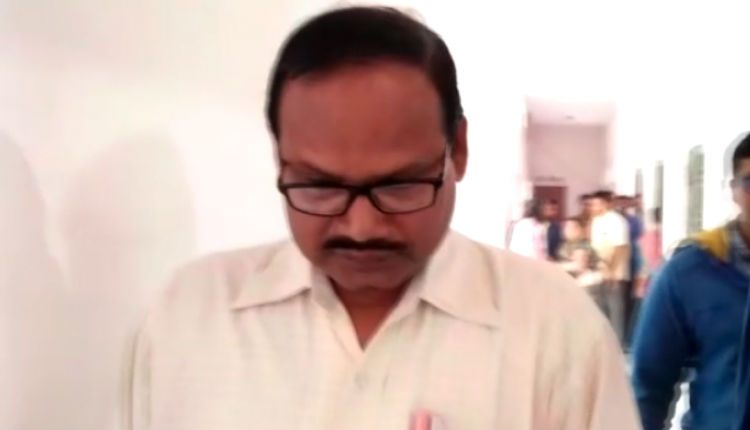 Sambalpur : An employee of Sambalpur Municipal Corporation  (SMC) here in Odisha was caught red-handed while he was taking a bribe of Rs 15,000 in cash from a woman.

The accused has been identified as Prasanna Kumar Parida. He is currently posted as Amin of the planning department at the SMC.

According to official sources, one Truptimayee Panda has approached the SMC official to approve a housing plan as to build a new house in the city.

However, the Amin demanded bribe of Rs 30000 from Panda to clear the file. When the woman told her inability to pay such huge amount, the official asked her to give Rs 15,000 in this regard.

Fed up with the demand of the Amin, Pandalodged a complaint against Parida at the Vigilance office.

On the basis of Panda’s complaints, Vigilance officials made a trap and caught the Amin red handed while he was taking bribe from the woman today.

Vigilance officials recovered the tainted bribe money from the possession of the accused and seized. Both hand wash and pant pocket wash gave positive chemical reaction.

Later, the vigilance sleuths conducted a raid at Parida’s official residence and registered a case against him.