Bhubaneswar: In what can be considered as a piece of good and great news for the Part Time Instructors appointed in schools across the state, Odisha government on Tuesday increased their monthly salary.

The Information and Public Relationship Department of Odisha government, in a press release, informed that the Part Time Instructors’ monthly salary has been hiked from Rs 5555 to Rs 7000.

The decision of the State government will benefit as many as 5056 Part Time Instructors who have been posted in schools coming under the School and Mass Education Department. 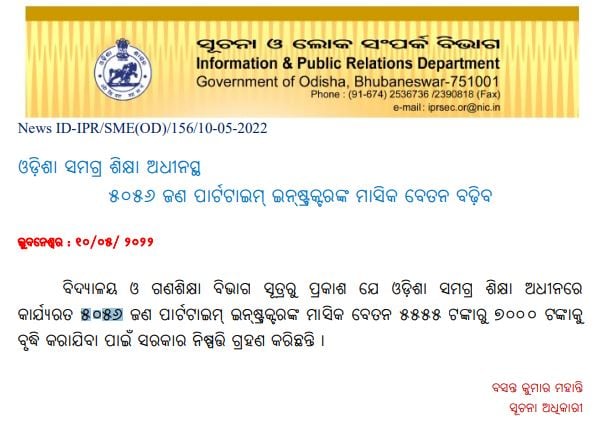 You might not have seen such a rare snake: Watch