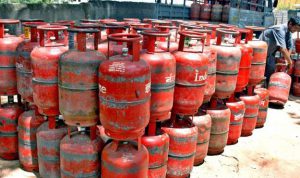 Bhubaneswar: Intensifying its protest against the Central Government decision to phase out subsidies on LPG cylinders, the women’s wing of the ruling BJD, Biju Mahila Janata Dal (BMJD) has announced it would meet the Odisha Governor Dr. SC Jamir on August 4 and submit a memorandum to him on the issue.

Dubbing the Union Petroleum Ministry’s decision as an anti-woman move, BMJD announced here today that apart from meeting the Governor at Raj Bhawan, the members of BMJD would hold demonstrations in all district headquarters of the State starting August 8.

Notably, BJD strongly opposed the withdrawal of subsidy on LPG both inside and outside the parliament on Tuesday and gave a call for a week-long protest at district headquarters in the State. Many BJD lawmakers accused the BJP of cheating people by the decision pointing to the fact that it had undertaken a public campaign a few months ago to persuade women to use LPG instead of firewood.

On the other hand, Union Petroleum Minister Dharmendra Pradhan had said to the Lok Sabha on Tuesday that, the subsidy would not be withdrawn, but would only be rationalised. He had asserted that the poor would continue to get benefits on LPG.