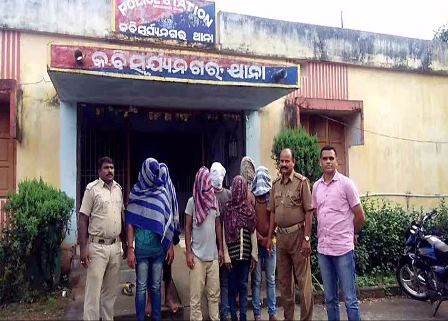 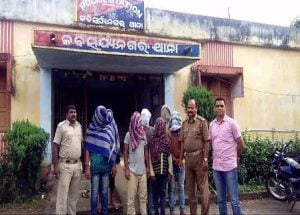 Bhanjanagar: The Kabisuryanagar police arrested seven persons near the Chhinnamasta Temple in the town this morning while they were hatching plan for a robbery. Huge cache of arms and ammunition were also recovered from their possession.

Kabisuryanagar IIC Bibhatsa Kumar Pradhan said a raid was launched on the dacoit gang on a tip-off. While all 7 people were taken into custody, 2 country made pistols, 5 bombs, 3 swords and a motorcycle were seized from the spot. They were forwarded to the court later.