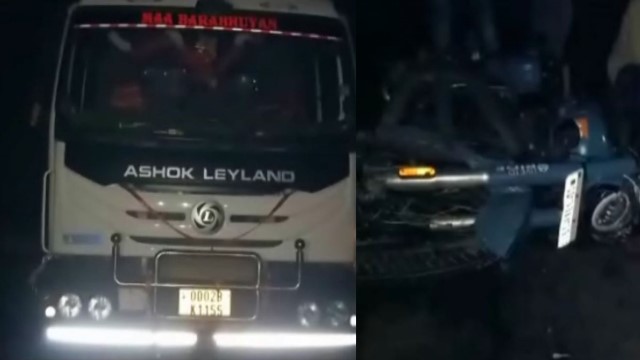 Khordha: A youth has been killed in a road accident on National Highway(NH)-16 near Kandha Nayagarh by pass road under Chandpur police limits in Khordha district of Odisha on Wednesday night.

The deceased has been identified as Bulu Paikray of Tangi.

According to reports, Bulu and Suresh Kumar Biswal were en-route to Bhusandpur village to attend a relative’s marriage function. A hyva truck hit their bullet from behind when Bulu applied the brake near a big humps on the road.

Bulu lost his life on the spot whereas Suresh sustained critical injuries and hence was rushed to a private hospital in Bhubaneswar.

The locals expressed outrage and vandalized the vehicle on the spot.

On getting the information, the Chandpur police arrived at the spot and sent the body for an autopsy. An investigation has been initiated into the matter.

Baby Elephant Falls Into Well In Angul District Of Odisha