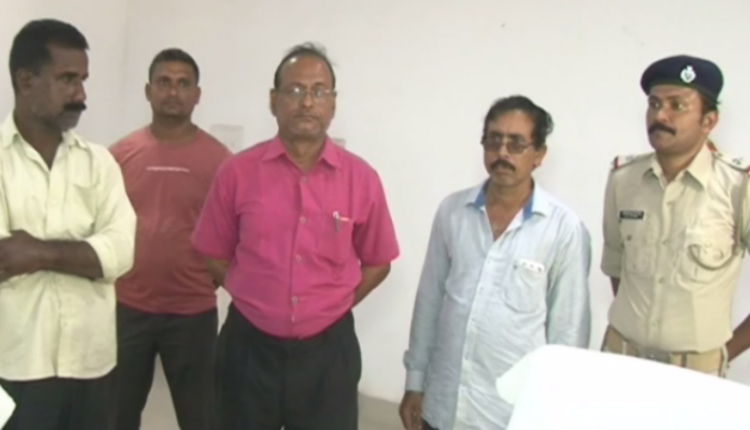 Malkangiri: The district police has solved the mystery behind the missing of Optical Mark Recognition (OMR) answer sheets of Matric exam in the district and arrested three persons in this regard today.

According to ASP U C Nayak, revenge bid over some issues, including personal issues, is the main reason behind the missing of OMR sheets.

Nayak, while speaking to newsmen, informed that students of Nabin Chandra High School were appearing the annual tenth board examination at SSD High School. Jalandhar Behera, the Headmaster of Nabin Chandra High school was angry on Headmaster of SSD High School Bidyut Kumar Patra as the latter did not allow copying/cheating during the exam at the centre. This had irked Behera and he was searching for an opportunity to teach a lesson to Patra.

Behera took the help of his friend Sandip Kumar Sahu after he was appointed as Nodal Observer in the SSD High School. Sandip took Jalandhar inside the examination centre and the Headmaster’s room from where the OMR sheets went missing.

The accused persons have been already forwarded to the court, said the ASP adding that further investigation into the matter is still underway to unearth more details about the incident.

It is worthwhile to mention here that 108 Mathematics OMR sheets went missing from the SSD High School on Sunday, following which the Headmaster of the school had filed a police complaint. Besides, the Board of Secondary Education (BSE) president Jahan Ara Begum had directed the Block Education Officer to probe into the incident.

District collector Manish Agarwal had suspended four teachers of SSD High School and peon Suprit Sethi for their alleged involvement in the case.

All promises made in 2014 poll manifesto have been fulfilled, 4.5 cr people are my family: Naveen