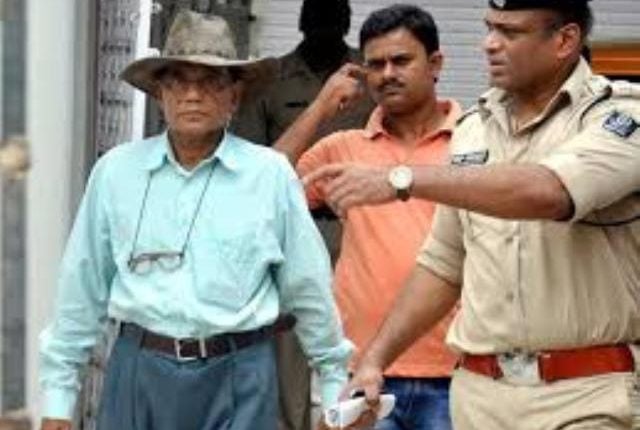 Bhubaneswar:  The District and Session Judge, Khordha on Monday sentenced a 78-year-old retired army doctor who had hacked his wife to death and then chopped her body into around 300 pieces here in Odisha in 2013.

Retired Lt. Col. Somnath Parida was sentenced to life imprisonment for murder and destruction of evidence by the court.

Parida was arrested from his residence here in June 2013 after Nayapalli police found the body parts of his wife Ushashri in a trunk in the house which was stinking badly.

The retired army doctor had killed her wife on June 3, 2013 but the matter came to light on June 21 , 2013 after victim’s relatives had approached the police as they failed to contact her over phone .