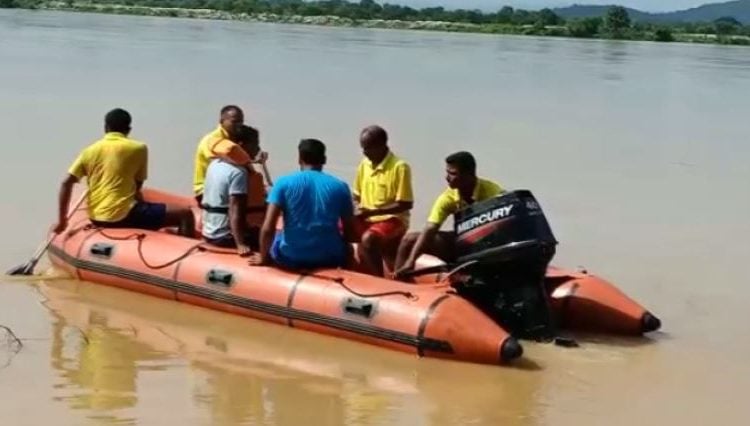 The boat carrying nine persons overturned in the middle of the river due to strong current last night. While five persons were able to reach the shore of the river, four others are still missing.

The missing persons have been identified as Biswajeet Acharya, Sushant Sahoo, Bijay Nayak and Ramesh Sahoo.

District administration officials said that the country made boat was a fishing boat. “The rescue team is finding it difficult due to the strong current. The search operation has been intensified,” said an official.