Rehearsal For Republic Day Parade In Bhubaneswar Begins From Today 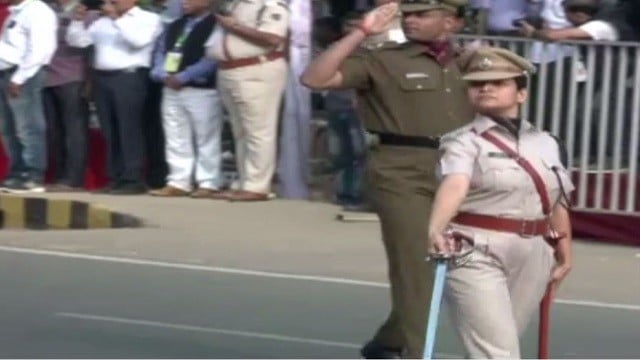 Bhubaneswar: The Commissionerate of Police has begun the preparations for the state-level Republic Day parade. The rehearsal for parade will begin on Gandhi Marg from today. As many as 18 groups along with the police bands will take part in the rehearsal.

A senior official of the Commissionerate of Police will inspect the security arrangements for the celebration, sources said.

The State Police has appointed a group of 30 platoons of police force who will be on duty for the Republic Day celebration on Gandhi Marg in Bhubaneswar.

The complete area around the Gandhi Marg road will be under CCTV surveillance and a control room will also be set up near the parade area to monitor it.

As per the previous guidelines laid by the government, only armed police force will be taking part in the parade. There will be no participation of school students and NCC cadets. Besides, no cultural events will be performed in the parade this year in the wake of the Coronavirus pandemic.

Odisha Governor Prof Ganeshi Lal is scheduled to be the Chief Guest and Chief Minister Naveen Patnaik is slated to be the Guest of Honour for the celebration.

India’s win over Australia celebrated with virtual fireworks on Google