Registrations for JEE Main-2018 from tomorrow 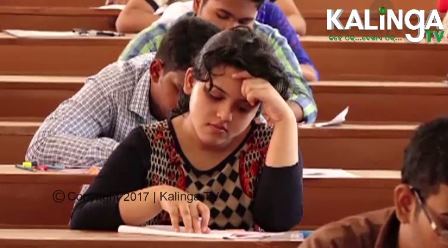 Bhubaneswar: The online registrations for JEE Main-2018 entrance exam will begin from tomorrow and end on January 1, 2018.

The candidates will have to furnish their Aadhaar details while registering themselves for the test and pay the application fee by January 3, 2018.

Meanwhile, the Odisha government has urged the students from the state to enroll themselves for the upcoming entrance examination against the request of Odisha Private Engineering Colleges Association (OPECA). The OPECA had requested the state government not to participate in the JEE Main starting from April 8 next year citing that large number of seat vacancies in private colleges.

Speaking about the development, OJEE Chairman, Tushar Nath said, “Be it NIT, IIT or other major educational institutions in the country, students appear for JEE Main as it is the base examination. By appearing in JEE Main, the students by default are also eligible to take admissions in private and government colleges in Odisha.”

Keeping this aspect in mind, Odisha government had decided to participate in JEE Main for the last four years so that the students do not have to appear for any second entrance test.

“We expect students will participate in the registration process of JEE Main 2018 which will start from tomorrow,” Tushar Nath added.

The answer key and OMR (Tentative) will be released between 24th and 27th April while the result will be announced on April 30.