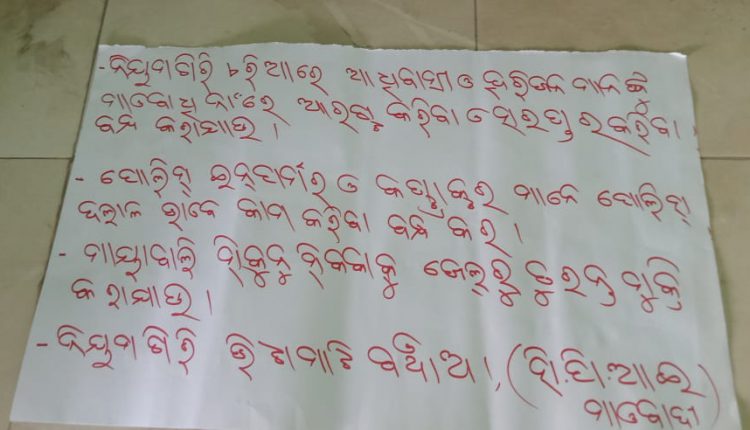 The incident came to light after some locals of Chatikona village came across the posters pasted on the walls of a bus stop in the village this morning and called up police.

The posters released in the name of outlawed CPI (Maoist) group demanded for immediate release of arrested Maoist Situn Sikka of Mayabali village. He had been arrested by police a few days back during a combing.

Similarly, the Red posters also alleged police excess on the people of Dangaria tribe and Scheduled Caste community of Niyamgiri area and appealed for the stoppage of the same.

Issuing warning to the unscrupulous contractors and police informers the Maoists through their posters have warned them of dire consequences in the coming days.

Police had not reached the village till this report was being filed.