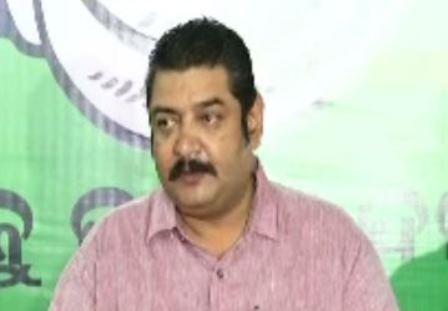 Bhubaneswar: Reacting to Union Minister Prakash Javadekar’s allegation that the Odisha government’s Re 1/kg rice scheme was essentially funded by the Centre, the ruling BJD has blasted the Union Human Resource Development Minister saying the scheme was implemented much before Narendra Modi became the Prime Minister.

Earlier in the day, Javadekar had alleged that the Re 1/kg rice meant for the poor in the state is not given by Odisha Chief Minister Naveen Patnaik but by Prime Minister Narendra Modi. The Odisha government is only rebranding the Central schemes in its name, the Union Minister had said.

BJD spokesperson and Rajya Sabha member Pratap Keshari Deb said, “The statement of Union Minister Prakash Javadekar is unfortunate and at the same time laughable. The BJD started the Re 1 per kg scheme in 2008 and the Centre brought the Food Security Act much later in 2013. The party introduced the scheme much before Mr. Narendra Modi became the Prime Minister of the country.”

Repudiating Javadekar’s statement, who had said that the Centre contributes Rs 27 whereas the State gives only Rs 2 for the pro-poor rice scheme in Odisha, Deb said that the Centre is duty bound to provide subsidised rice to the state under the National Food Security Act (NFSA).