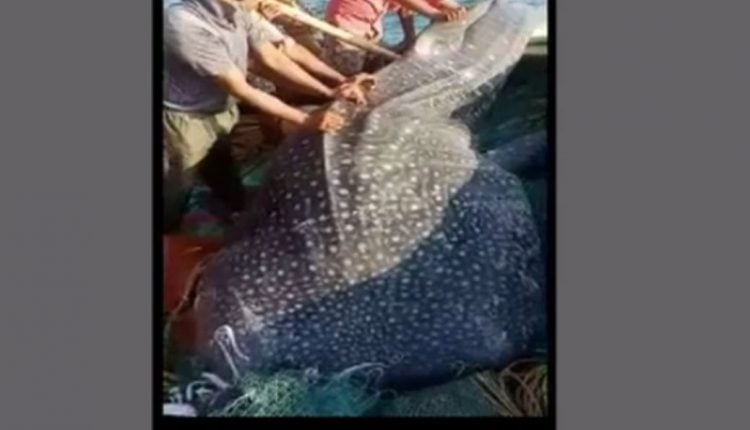 Bhadrak: A group of fishermen in Chandbali have sold a Whale Shark weighing over 1 quintal at a whopping price of Rs 7.49 lakh.

As per reports the fish weighing 1.07 quintals was sold to a Chennai-based businessman.

The expensive variety of marine fish is found mostly in the Indian and the Pacific Ocean along the coast of Pakistan, Bangladesh and India.

Earlier in June, a fisherman from Chandinipal village in Bhadrak district had become lakhpati after netting 10 rare Ghol fish, known for its medicinal value from Dhamara fishing harbour. The fisherman identified as Shankar Giri had sold the fish for Rs 6000 per kilogram.