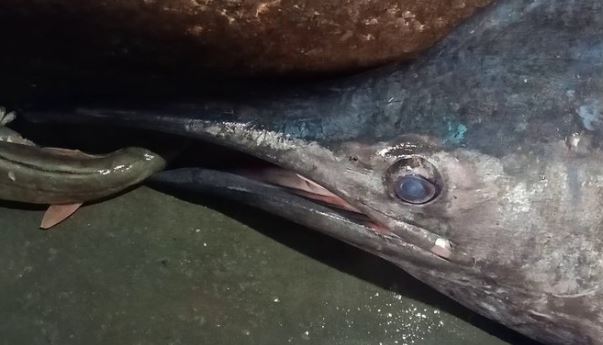 Paradip: Curiosity struck locals in Paradip after a rare Merlin fish, locally called ‘Kaau Machha’ fell in the net of a fisherman in the sea near Paradip coast in Jagatsinghpur last night.

The fish weighing around 2 quintals became a major attraction for local fishermen and visitors for quite some time and hundreds took a glimpse of it.

While it is still not clear how the rare fish came to the sea near Odisha coast whereas it is mostly found in the sea near Kerala, fishermen have informed that it has no demand in the local market.

The fishermen who caught the fish have packed it to supply to the foreign market.