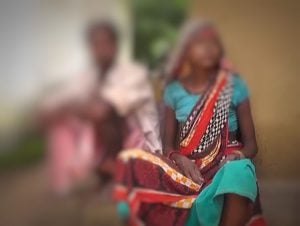 Malkangiri: Malkangiri police today arrested Adma Madkami, a resident of Chhattisgarh, on charges of raping a dalit woman by the roadside in broad daylight near MV-84 village in the district on Friday.

The victim, a resident of Udapa village, was going to the nearby haat (weekly market) at Padampur village, around 7 km from her village, when she fell down on the roadside due to a severe headache.

In the meantime, Madkami, who was also on his way to the haat, sexually assaulted the helpless woman seeing her lying alone on the roadside.

The victim and another person tried to prevent Madkami but the miscreant overpowered both. Sadly, some passers-by made a video of the incident that went viral in no time.