In the attack, range officer had suffered head injuries and two other have got critical injuries. Later, they were detained by the poachers 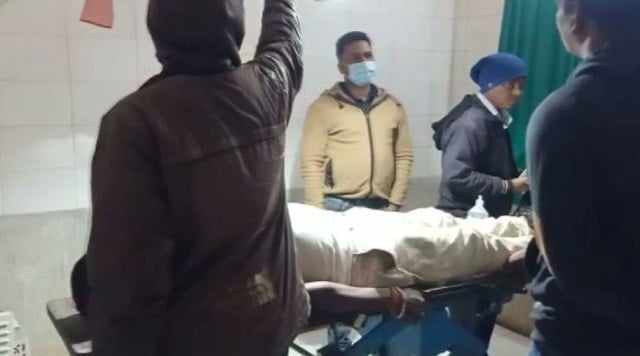 Karanjia: A range officer and his staff were attacked by the villagers and hunters in Edalbeda village under Thakurmunda block in Mayurbhanj district.

In the attack, range officer had suffered head injuries and two other have got critical injuries. Later, they were detained by the poachers and the angry villagers for around two hours.

Later, Thakurmunda police and Karanjia forest officials went to the village and rescued them.

The injured range officer and two others staff were immediately rushed to Karanjia Sub-divisional hospital. After range officer and one of the staff health deteriorated they were shifted to Keonjhar District Headquarters Hospital (DHH) for medical treatment.

Report says, the forest officials were on search for wildlife products and during that the poachers and villagers attacked on them and detained around 7 forest officers.

No information about the incident has been recorded in the police station till now and health of the staff is being given priority, informs Deputy Director of North Simlipal Wildlife Division Sai Kiran DN.