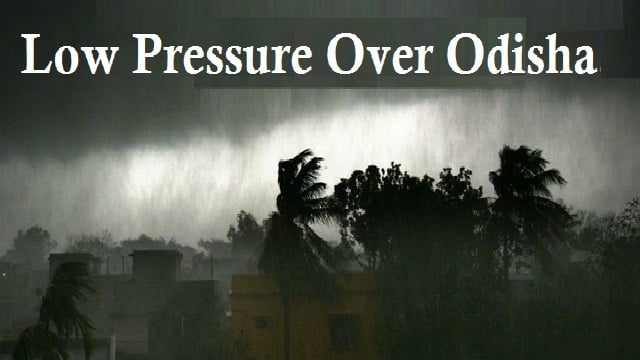 Bhubaneswar: Rain in Odisha is likely to be experienced due to a low pressure area in the Bay of Bengal around October 20, 2022.

The India Meteorological Department (IMD) further said that the system with west-northwestwards movement will further intensify into a low pressure area by October 20 over southeast and adjoining central parts of Bay of Bengal (BoB).

A tweet on the official twitter handle of the India Meteorological Department said that, the conditions are very likely to become favourable for further withdrawal of Southwest Monsoon from remaining parts of Central India, some more parts of Maharashtra, East India and some parts of Northeast India during next three days.

It is noteworthy that, a heavy rain alert has been sounded in Odisha by the regional center of the India Meteorological Department (IMD) here. As many as eight districts in Odisha are likely to experience heavy rainfall accompanied by thunderstorms and lightning today.

The districts of Cuttack, Khordha, Ganjam, Gajapati, Puri, Jagatsinghpur, Kendrapara, and Nayagarh have been asked to remain alert and be prepared for heavy rains.