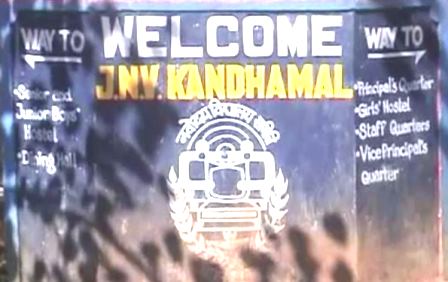 Phulbani: Seeking revocation of their suspension by the authorities of Jawahar Navodaya Vidyalaya (JNV) in Tudipaju under Phulbani Tehsil, Kandhamal district, 12 students of the institute moved the Orissa High Court.

The students in their petition said that their future is at stake claiming that their exam is at hand. However, their suspension is yet to be revoked by the school authorities.

The JNV authorities had on August 11 suspended them after a class-IX student levelled allegation against them accusing them of ragging him to the extent that he got his eardrum ruptured.

Kandhamal Collector Brunda D, who is also the chairman of the school, had directed the school authorities to suspend the pupils following a report from the Additional District Magistrate (ADM) over the matter.

When asked over the revocation the students’ suspension, Brunda D said that they cannot do anything as the matter is sub- judice in the High Court. Only the court can do anything, she added.

Notably, the victim was admitted to the Phulbani hospital by the school authorities following the attack. He was later shifted to the MKCG Medical College and Hospital in Berhampur by his parents, who rushed to the JNV campus after getting information about the ragging.