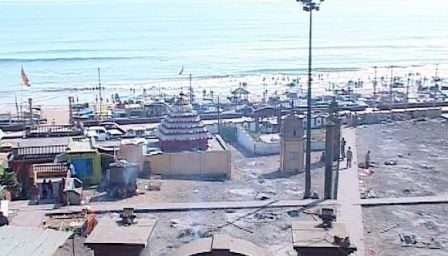 Puri: Titles of over 10 acres of encroached land belonging to Swargadwar were restored in favour of Lord Shri Jagannath here on Tuesday.

The Tehsildar court pronounced the verdict to restore 10.17 acres of encroached land under Odisha Estate Abolition Act, 1951 while disposing as many as 170 cases in this regard.

Earlier, the management committee of 12th century shrine – Shri Jagannath Temple Administration (SJTA) – had appealed the state government to bring back 30.40 acres land of Swargadwar, out of which around 14 acres have already been restored.

Swargadwar, the crematorium ground under the possession of Srimandir, once stood at 16.04 acres of land has now shrunk to hardly an acre as the land was encroached by some over vested interests.