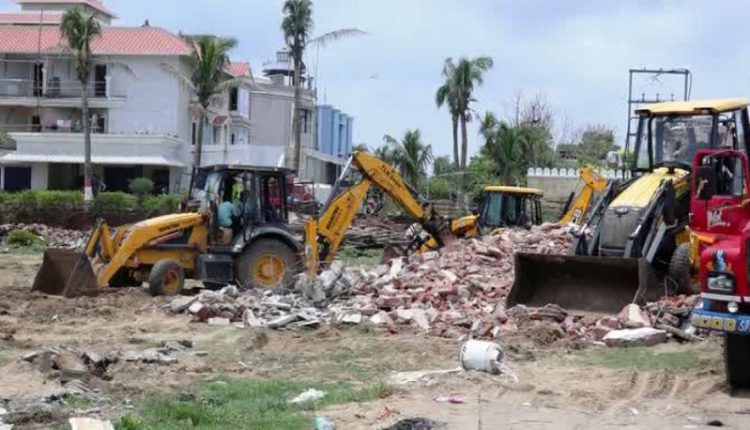 Puri: A day after Chief Minister Naveen Patnaik sanctioned additional package of Rs 500 crore for the development of Puri city, the district administration today conducted an eviction drive on the sea beach.

Officials said that an eviction drive has been started near Baliapanda to facilitate the construction of a multi-layer parking lot.

“The Jatrika (a facility for stay of tourists) was leased out to a private party and the lease period expired in 2014. However, the facility continued to operate illegally for which we have to undertake an eviction drive. Illegal structures will be demolished in an area of 1.53 acres,” said an official.

As per reports as many as eight JCB machines have been engaged for the demolition of the illegal structure. Adequate police force has also been deployed at the site to prevent any untoward incident.

Earlier the state government had approved five welfare projects to the tune of Rs 265 crore for Puri Town under the ‘Abhada Yojana’. The projects included three multi-layer parking lots and construction of 1250 shops.