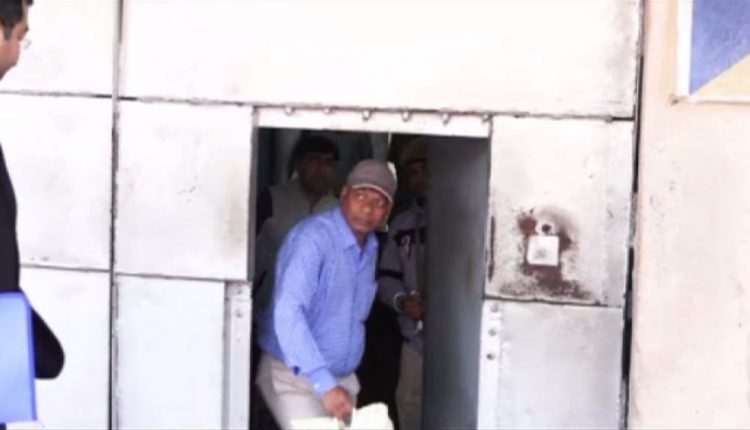 Balangir: The mastermind of Patnagarh parcel bomb blast accused Punjilal Meher, who had been granted an interim bail on Wednesday by Orissa High Court to attend the funeral rites of his mother was released from Balangir Jail today.

On Wednesday while granting the interim bail to Punjilal for four days against two sureties of Rs 50,000, Justice SK Sahoo imposed restrictions on his interaction with media.

Punjilal’s mother Indumati passed away on January 10, post which he sought parole from the court to perform last rites. On January 12 he was taken from Balangir jail to Patnagarh amidst security to perform cremation of his mother.

Notably, Punjilal, a lecturer at Jyoti Vikash Junior College at Bhainsa near Patnagarh, was taken into custody by Crime Branch of Odisha Police on April 25, 2018, in connection to sensational Patnagarh parcel bomb explosion that killed newly married Soumya Sekhar Sahu, his grandmother Jemamani and left his wife Rimarani grievously wounded in burn injuries on which took place on February 23, 2018.

‘A ship of fools and a circus’: Voters react to Trump impeachment trial