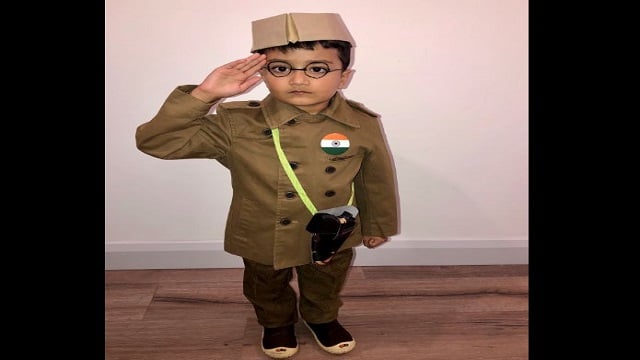 Dublin: Indeed it was a very proud moment for Odias living in Ireland as tiny tot won hearts by securing second position in international fancy dress competition which was conducted by the Indian embassy in Ireland today.

Four-year-old boy Anirudha Padhy, who is the son of Jagamohan Padhy and Archana Padhy, won the second prize at the Children’s costume competition conducted with patriotic theme on the occasion of the 74th Independence Day of India (August 15).

Meanwhile, the Irish Odia association expressed its happiness over Anirudha’s achievement. “Not only we feel proud of being Odias to have an independence day prize at an international competition but also witnessing this new generation’s inclination towards our own history!,” said the association.

Shutdown withdrawn in Odisha’s Sambalpur for… His other interests are chanting shlokas, playing keyboard and telling mythological stories.

Dhruti Kumar Yekkanti (6) won the consolation prize of the commotion.