Projects worth Rs 538 cr. approved for 9 AMRUT towns in Odisha 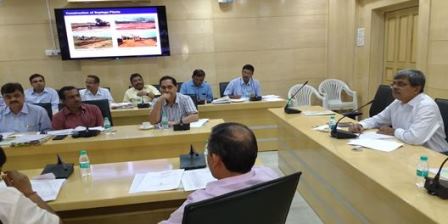 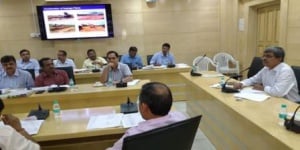 Bhubaneswar: In another step forward for infrastructure development in nine towns of Odisha covered under the Atal Mission for Rejuvenation and Urban Transformation (AMRUT), Chief Secretary Aditya Prasad Padhi on Thursday approved Detail Project Reports (DPRs) of 34 projects worth around Rs 538 crores.

Chairing the State Level High Powered Steering Committee (SHSPC) meeting in the Secretariat, the chief secretary directed the department to expedite work on the projects and commission them within the scheduled time.

Replying to a media query after the meeting, Padhi said that the AMRUT scheme is being implemented in nine towns of Odisha which include five corporation bodies. These projects are being implemented in Bhubaneswar, Cuttack, Puri, Brahmapur, Rourkela, Sambalpur, Balasore, Bhadrak and Baripada towns.

So far, around 148 projects have been approved. The projects are being funded on 50.50 ratio basis by Govt of India and Govt of Odisha.

Padhi added that a target had been set to implement the projects worth around Rs.1600 crores in these towns.

With these new projects, the total number of projects undertaken AMRUT towns reached 148 at an estimated cost of around Rs.1100 crores.

Around 97.5 % of this sanctioned value has been devoted towards improvement of water supply and sewerage infrastructure and 2.5 % has been earmarked for development of parks and other civic services.

The Chief Secretary emphasized that no area of the AMRUT towns be left uncovered with water supply by end of the project period. It may be pertinent here to mention that the AMRUT scheme have been started in Odisha from 2015-16 with a target to complete the projects by 2019-20.

Housing and Urban Development Secretary Mathivathnan mentioned that last year Odisha was ranked third at the National level in reform implementation and was awarded with Rs 10.52 crores as incentive grant. This year too, the State expects to be raked among the top performing states, he said.