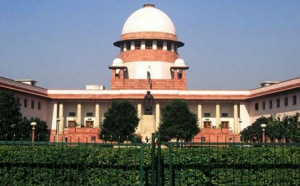 New Delhi: In a landmark judgement, the Supreme Court of India on Thursday ruled that the right to privacy is a fundamental right under the provisions of Article 21 of the Constitution.

A nine-judge bench of the apex court headed by Chief Justice JS Khehar held that the right to privacy is an “intrinsic part of life and personal liberty”, while pronouncing the verdict in a case challenging the use of Aadhar card for almost every citizen service on the grounds of violation of privacy.

As many as 22 petitions had been filed in the apex court challenging the government’s decision to make use of Aadhaar cards, which assign a unique 12-digit ID to every citizen, mandatory.

The petitioners say that enforcing the mandatory use of Aadhar is an infringement of privacy. They also stress that the Aadhar database was originally presented as a purely voluntary programme that offered to provide every Indian with an identity card.

This verdict is likely to determine whether the submission of an individual’s Aadhar number can be made compulsory for access to government schemes. The question of whether Aadhar violates this fundamental right is now likely to be taken up by a five-judge Constitution bench.