Price of vegetables in Odisha soar due to holy Kartika month 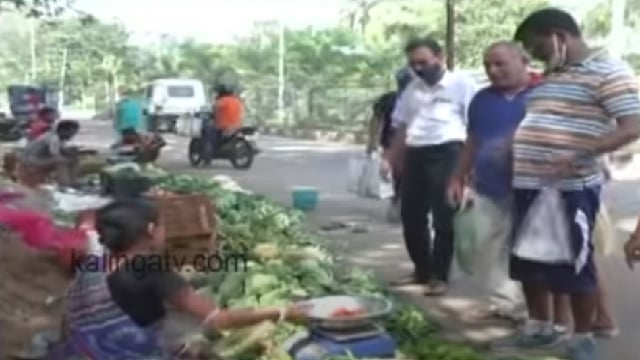 Reportedly, due to back-to-back low pressures in the Bay of Bengal caused extensive damage to the vegetable farming in different parts of the district. As maximum vegetables are being brought to sold from places outside Odisha, the market price of vegetables has subsequently increased.

Similarly, small size cabbage and cauliflower are now available in Rs 40 to Rs 50 and price of carrot is Rs 50 per kg.

As a result, the consumers have expressed their discontent with market prices of vegetables and demanded to keep a control upon the prices depending on the financial situation of people.

On the other hand, the petrol and diesel prices have hiked again for the sixth consecutive day in Odisha’s capital city Bhubaneswar today. The petrol price in Bhubaneswar has been recorded at Rs 108.55 per litre while the diesel price has been recorded at Rs 105.07 per litre. The petrol rates has increased by 36 Paise and diesel cost has risen by 39 Paise in the last 24 hours.

The constant rise in fuel prices have also distressed the consumers as it has become difficult to bear the fuel expenses in their daily budget.

All major cities of Odisha has registered petrol price above 100 and the rate of petrol in Malkangiri district has been recorded to be the highest in the state at Rs 113.78 per litre.

Jio Phone Next specifications leaked ahead of Diwali launch

Odisha Handloom, 4 other traditional sarees to wear this festive season