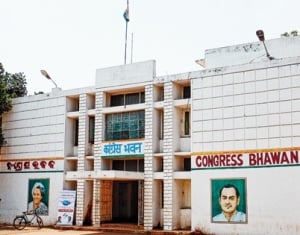 Bhubaneswar: Six Congress MLAs from Odisha have left for New Delhi after being summoned by the High Command to be proposers for Meira Kumar for the Presidential Polls 2017.

It is not immediately known why Leader of Opposition Narasingha Mishra or Jharsuguda MLA Naba Das was not called to be the proposer for Congress’ Presidential nominee.