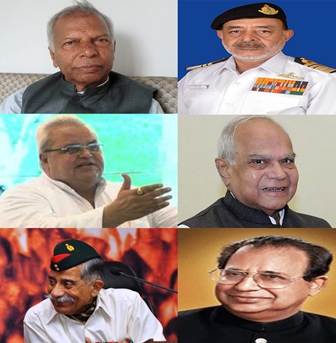 According to the statement from the President’s office, the appointments of the Governors will come into effect from the date the incumbents assume charge of the new posts.