Politics Over Price Of COVID Vaccine Intensifies In Odisha 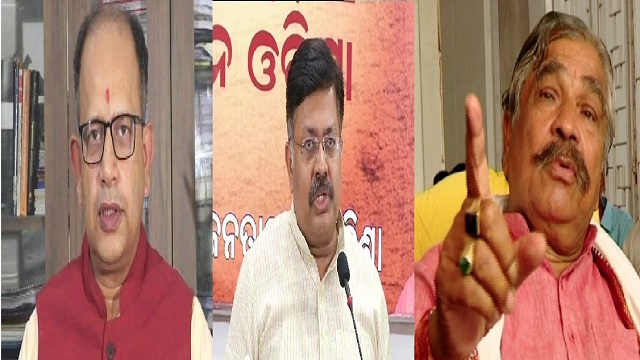 Bhubaneswar: Hours after the Bharat Biotech announced the price of Covaxin, politics over the rate of the COVID vaccine has intensified in Odisha. In his reaction to the prices of the COVID vaccine, BJD MP Amar Patnaik said that every State is fighting the battle in its own way and capacity, and if such a huge amount of money is spent by the Governments to buy vaccine for every Indian, it would have a heavy impact on Health Sector.

“It seems the Prime Minister is playing with the lives of the people. Where the middle-class people would get money from to buy the vaccine? Therefore, the price should be withdrawn,” Routray said.

The State Government should draw the attention of the Union Government for free vaccination of all, he added.

On the other hand, BJP’s State General Secretary Prithviraj Harichandan appealed to the State government to provide free COVID vaccine to all as other States are also doing the same. The matter should not be politicized.

It is to be noted there that Bharat Biotech yesterday announced the price of its COVAXIN vaccines. In a press release, it said that the State governments will have to pay Rs 600 for per dose while the private hospitals have to pay Rs 1200 per dose.

The vaccine manufacturer also clarified that COVAXIN will be also be exported to other countries and the export price would be between $15-20 (approximately between Rs 1,123 and Rs 1,498).