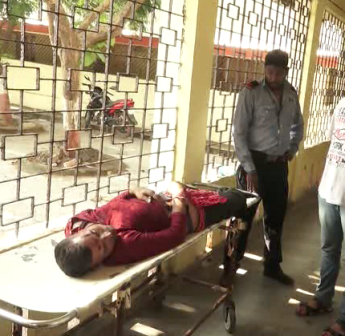 Puri: A man was crushed to death after coming under the wheels of a police van at Haladia Naga Chhak under Brahmagiri police limits in the district on Tuesday.

The deceased has been identified as Ajay Kar of Bijipur village.

The mishap took place this afternoon while Ajay was heading to Brahmagiri riding his bike in some work. A speeding van of Brahmagiri Police Station coming from the opposite direction carrying an accused struck his bike head on at Naga Chhak, killing him on the spot.

While the police van fled from the spot following the accident, tension prevailed in the area. Later on the body of the victim was rushed to Puri District Headquarters Hospital (DHH) in an auto rickshaw by some locals.

Locals are demanding action against the guilty driver of the police van.