Police to probe killing of sheep by mysterious animal! 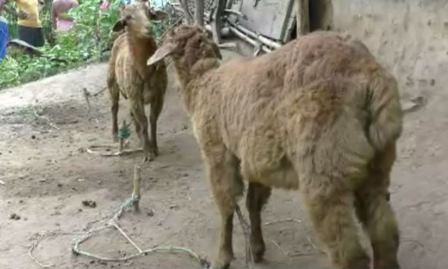 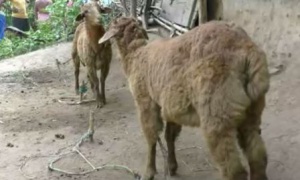 Cuttack: Odisha Police is likely to probe the deaths of sheep killed by a mysterious animal in Niali area of Cuttack district.

After getting information about the mystery killing from one Sambit Rout via twitter, local police forwarded the same to the IG (Central) and Cuttack SP.

Rout, with two viral pictures (taken from internet), had posted a tweet alleging that forest officials are incapable of tracing the animal even though it had already killed more than 200 sheep in the past one month. Besides, it had started attacking human beings over the last several days.

Meanwhile, the postmortem report of the six sheep has been received.

According to sources, the report revealed that there were jugular vein puncture and severe injury due to which the visceral organs of the sheep had come out.

The causes of the death of the sheep are due to shock and severe injury, said the sources.