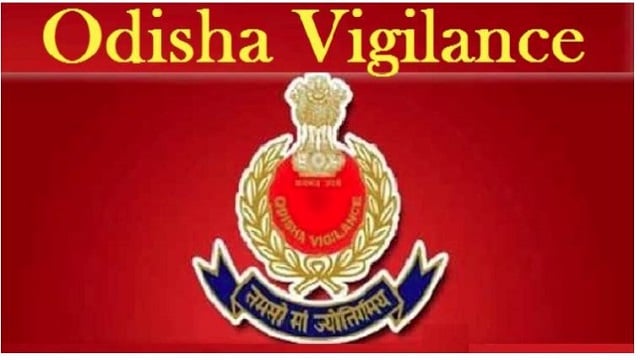 Kandhamal : In a blow to the corrupt officials, the vigilance sleuths have apprehended the Kotgarh Police Station Inspector In Charge (IIC) near Trivedi park here in Odisha this evening.

The accused has been identified as Dhiraj Kumar Lenka.

According to reports, based on a reliable tip off, the vigilance team of Phulali and Berhampur jointly conducted a raid to nab Lenka red-handed.

Besides, the team was working under the leadership of Phulbani Vigilance Deputy superintendent of police DSP Arun Kumar Nayak.

Later, when Lenka was moving from the police station with his vehicle to his wive’s home in Khajuripada, the vigilance sleuths waylaid him near Trivedi park.

Soon, the vigilance officers conducted a thorough search and found Rs. 1 lakh 80 thousand cash for his vehicle. Upon being questioned about the source of money, he did not give any valid information regarding the possession of the recovered money.

Later, the police seized the money and detained him. In the meantime, the police has initiated a further  probe into the matter to find out the real source of the money and how did Lenka managed to gathered cash of such a huge amount.

Deadline to apply for Raman Kant Munjal Scholarship is ending soon, apply now to get Rs 3 lakh per year

Ayodhya lights UP on 6th ‘Deepotsav’ with PM Modi