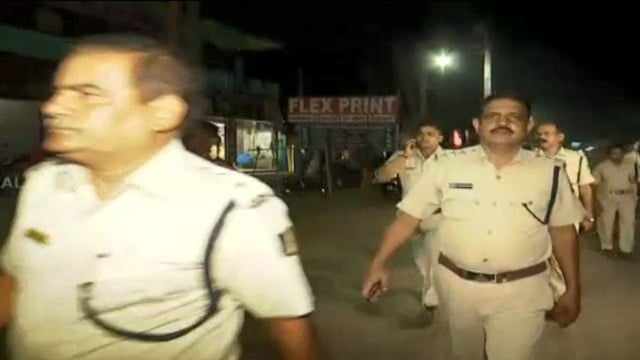 Bhadrak: The Dhamnagar constituency is all set for the by-poll tomorrow, accordingly the Dhamnagar police have conducted a flag march in various areas and blocks of Dhamnagar here in Odisha this evening.

According to reports, as many as 5 platoons of police force along with Central Reserve Police Force (CRPF) Jawans participated in the flag march. Besides, the police mobile team had also taken part in the flag march. Due to certain protocols the markets and shops in the areas were closed before 9 PM today.

Odisha: 5 candidates are set for the Dhamnagar By-poll

The flag march was conducted to maintain law and order in the area and to aware the people regarding peacefully participating in the by-poll for tomorrow.

It is to be noted that, the Dhamnagar by-polls are going to be held tomorrow and the people of Dhamnagar are going to will elect their MLA . Accordingly, webcasting will be done in 50 percent of the total booths while 26 micro-observers are being deployed in the identified booths, in addition to other measures.