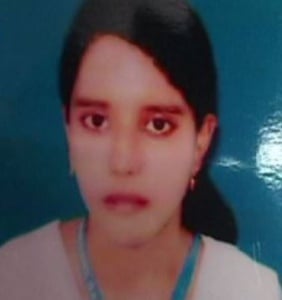 Berhampur: Purna Chandra Mishra of Palur village in Golanthara Tehsil of Ganjam district, along with other family members, is desperately searching for her daughter Ankita Mishra, who went missing on January 5 this year.

Ankita Mishra, a Plus Two second year student of Government Science College, Chhatrapur, went to the class on January 5, but did not return home.

Suspecting that some miscreants might have kidnapped the girl, the family members had filed a case with the Chhatrapur police. But five and a half months down the line, the police are still clueless about the whereabouts of the student.

“We admitted Ankita to the Chhatrapur College on her uncle’s request. On that particular day, she went for the class at 8 AM but did not return home. After a long search at all possible locations, we filed a police complaint. However, the police ignored us saying that they will investigate only after completion of the Panchayat election. Now, six months have already passed. Despite repeated requests, the police are yet to take any action,” said the girl’s mother Namita Mishra amid sobs.

When contacted, the police ignored the query in the matter.

Meanwhile locals, who knew Ankita very closely, alleged that many girls of the district are missing now-a-days. Suspecting that a racket is running in the district, they demanded police action to bust it.

“We know Ankita Mishra since her childhood. She is a meritorious student and very calm and quiet girl. This is not the first incident of a girl going missing. We suspect a racket is running in the district as many girls from different areas of the district have gone missing in the last few months. Instead of keeping quiet, the police should investigate and bust the racket and save the girls,” said Suresh Kumar Panda a native of Palur village.