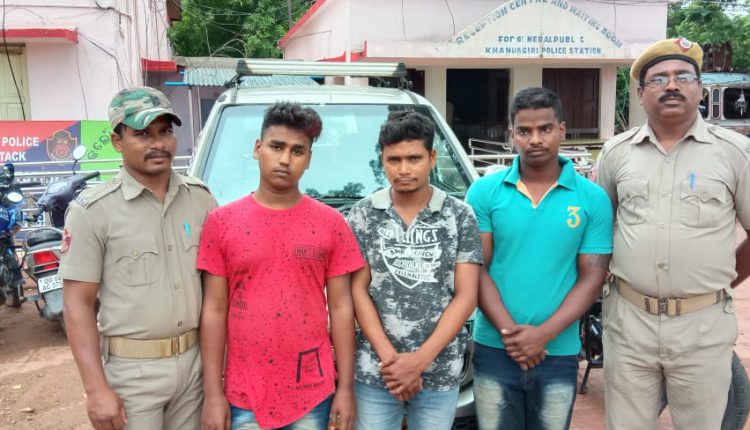 Bhubaneswar: Khandagiri police today busted a gang of burglars and seized two vehicles including one Tavera vehicle from their possession.

The accused have been identified as Santosh Sahoo (27), Sujan Behera (24) and Prasanta Dakua (22).  Police said that the gang was involved in a number of burglaries in Bhubaneswar and Nayagarh.

“The accused had decamped with the Tavera vehicle by breaking the main grill of a house in Khandagiri area on June 25. They had also changed the registration plate of the vehicle and had kept the vehicle in Cuttack for sell,” said a police official.

Police said that they are further verifying antecedents of the accused.

Shocking! Woman Alive While Husband, Father-in-law In Jail For Her Murder In Odisha