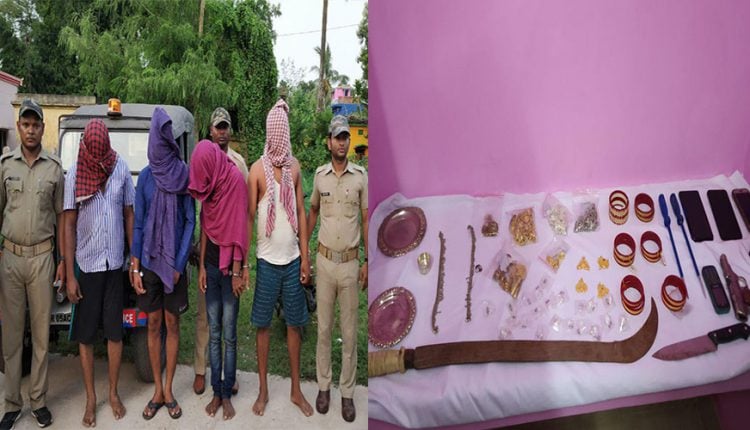 Police said that the gang was nabbed while the accused were planning to commit dacoity in a jewellery shop in the area last night.

Police have also seized a country made pistol and other sharp-edged weapons from the gang members.

Police said that the gang is involved in a number of dacoity cases in the district. “They used to dispose of the ornaments in Cuttack. We are also trying to nab two other gang members,’ said a police official.