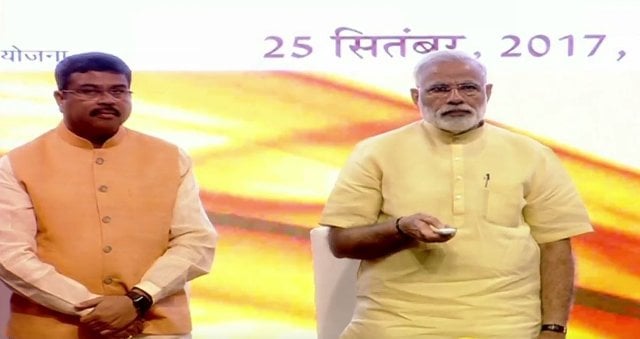 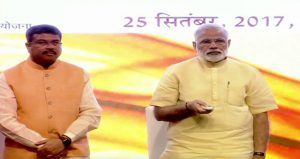 New Delhi: Prime Minister Narendra Modi on Monday launched ‘Power for All’ scheme to mark the birth anniversary of Pandit Deendayal Upadhyaya. The scheme has been named ‘Saubhagya’ and will provide subsidy on equipment like transformers, meters and wires.

Addressing the occasion Modi said, “The government has been working hard to electrify all villages in the country and wants to achieve 24X7 power for all by 2019”.

The scheme is expected to cover all rural families after expected electrification of all villages by December end this year. The scheme was listed on the agenda of Cabinet meeting held earlier last week.

The total outlay for the Saubhagya scheme will be Rs 16,320 crore. The rural household outlay is estimated to be Rs 14025 cr, with Rs 2295 cr being for urban households.

Petroleum and Natural Gas Minister Dharmendra Pradhan and other dignitaries were present on the occasion.