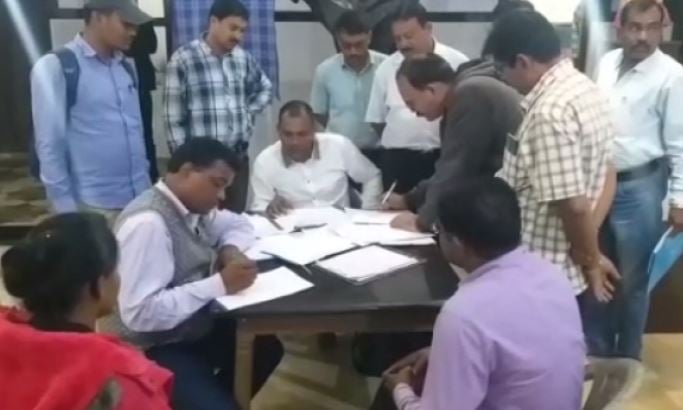 Sambalpur: Tightening the noose around the necks of corrupt officials in the State, Vigilance officials conducted raids at properties of a Junior College principal in Kuchinda area of Sambalpur district on Tuesday for possessing assets disproportionate to his known source of income.

As per the report, separate teams of Sambalpur Vigilance conducted simultaneous raids at Prabhudayal Rural College, Kesheibahal principal Jayaprakash Patel’s three-storied house located in Sambalpur along with five other places this morning.

During the raid, which was joined by anti-corruption wing officials’ team from Sundergarh, Rourkela and Jharsuguda, bank accounts and other vital documents possessed by Patel were checked.

While the raid was underway till the filing of this report, the exact amount of disproportionate asset will be disclosed once it gets completed, said an official.