Pipili By Polls: BJD Leads By 1406 Votes After 1st Round Of Counting 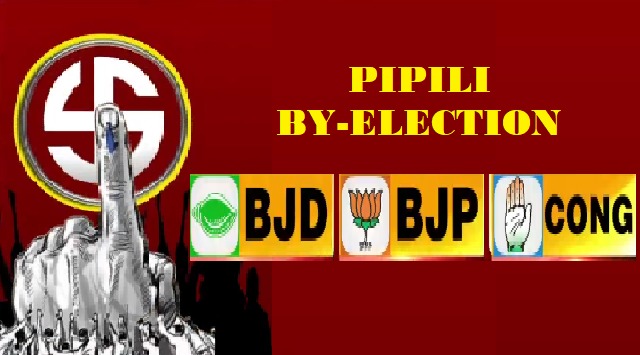 According to reports, BJD has got 4,055 votes, while BJP and Congress have bagged 2,649 and 766 votes respectively.

Odisha: Biju Janata Dal (BJD) candidate Rudra Pratap Maharathy is leading after the first round of counting of votes for Pipili Assembly bypolls, as per data available on Election Commission of India’s website

Counting of postal ballots started at 8 a.m. while the EVM votes counting began at 8.30 a.m. at three halls at Penthakata Warehouse in Puri. The EVM counting is being held in two halls, and postal ballot counting at another hall, said an official from the office of Chief Electoral Officer (CEO), Odisha.

A total of 62 government officials have been engaged to count the votes at 14 tables set up in three halls. While three additional AROs have been appointed by the Election Commission for the counting, the process will be supervised by an election observer, the official said.

Both Puri Collector Samarth Verma and Superintendent of Police Kanwar Vishal Singh visited the counting centre prior to the beginning of counting to make a final review of the arrangements.

A three-tier security system has been put in place at the counting centre. Force has been deployed at the innermost cordon, the middle cordon and the outer cordon, said Vishal Singh.

“We will not allow gathering outside the counter centre. While authorised persons are allowed to the middle cordon, only the personnel deployed by the Election Commission are allowed into the counter hall,” he said.

All Covid measures are being adhered to at the counting centre. Only those fully vaccinated have been deployed on duty. Wearing face masks, following proper sanitisation and thermal scanning has been made mandatory.

The results will be displayed on a large screen at the counting centre for the political agents while the round-wise result will be published on the official website of ECI results.eci.gov.in after every round. After counting, the votes of the VVPAT slips will be compared with that of EVMs, said deputy collector Sumant Kar.

The BJD has fielded ex-MLA Maharathy’s son Rudrapratap while the BJP has nominated Ashrit Pattnayak and Congress has nominated Bishwokeshan Harichandan Mohapatra for the MLA seat.