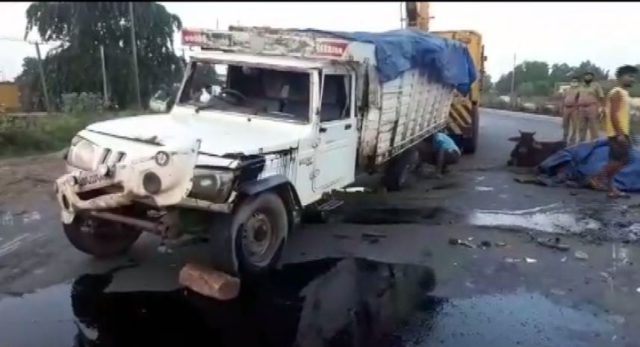 Bhadrak: At least 2 cattle were killed after a pick-up van in which they were being illegally transported overturned on NH-16 near Trisalpur Chhak in Bhadrak.

The cattle were being trafficked in the van from Balasore to Bhadrak,

The front tyres of the pick-up van burst, following which the vehicle turned turtle killing the cattle on the spot and leaving many injured.

The driver of the vehicle fled from the spot.

On being informed, the Rural police reached the spot and seized the vehicle.

Later, the injured cattle were sent to Gaushala for further treatment.

Check The Gold And Silver Price In Odisha Today