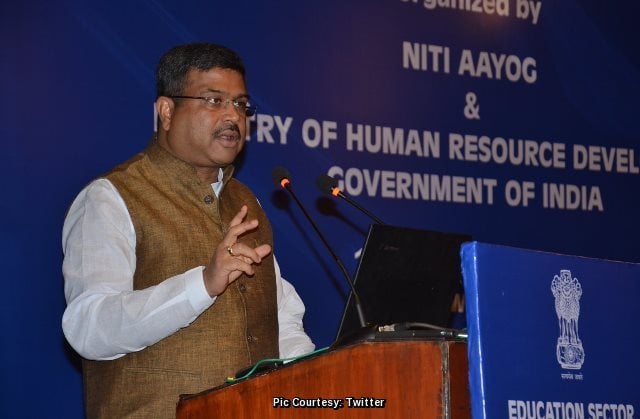 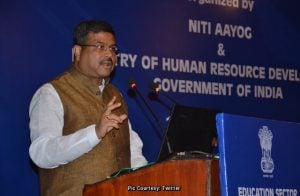 New Delhi: Petroleum Minister Dharmendra Pradhan has said it is high time the GST Council considered bringing petroleum products into the ambit of the Goods and Services Tax (GST) .

Speaking after meeting heads of state-run oil firms here on Wednesday, Pradhan said , 42 per cent of excise collections are transferred to state government for infrastructure and welfare programmes and many state governments have also drastically increased VAT.

The Minister also ruled out any government intervention to disrupt the daily revision in petrol and diesel prices despite the  Rs 7.3 per litre spike since July, saying the reform will continue.

Terming the criticism of spike in rates as unfair, he said the drop in prices for over a fortnight after the daily price revision was introduced on June 16 has been ignored and only the “temporary” phenomenon of rising trend is being highlighted.

Pradhan said global prices had risen due to factors such as the hurricanes in the U.S.

“As a result of these hurricanes, 13% of U.S. refinery capacity was shut down, and there are already indications of a softening in the rates” he said.

The Minister also tweeted that the ratio of fuel price hike in India is lower than other countries such as Switzerland, Canada and USA.

India relies on imports to meet 80 per cent of its petroleum needs.

State-owned oil companies in June dumped the 15-year old practice of revising rates on 1st and 16th of every month and instead adopted a dynamic daily price revision to instantly reflect changes in cost.